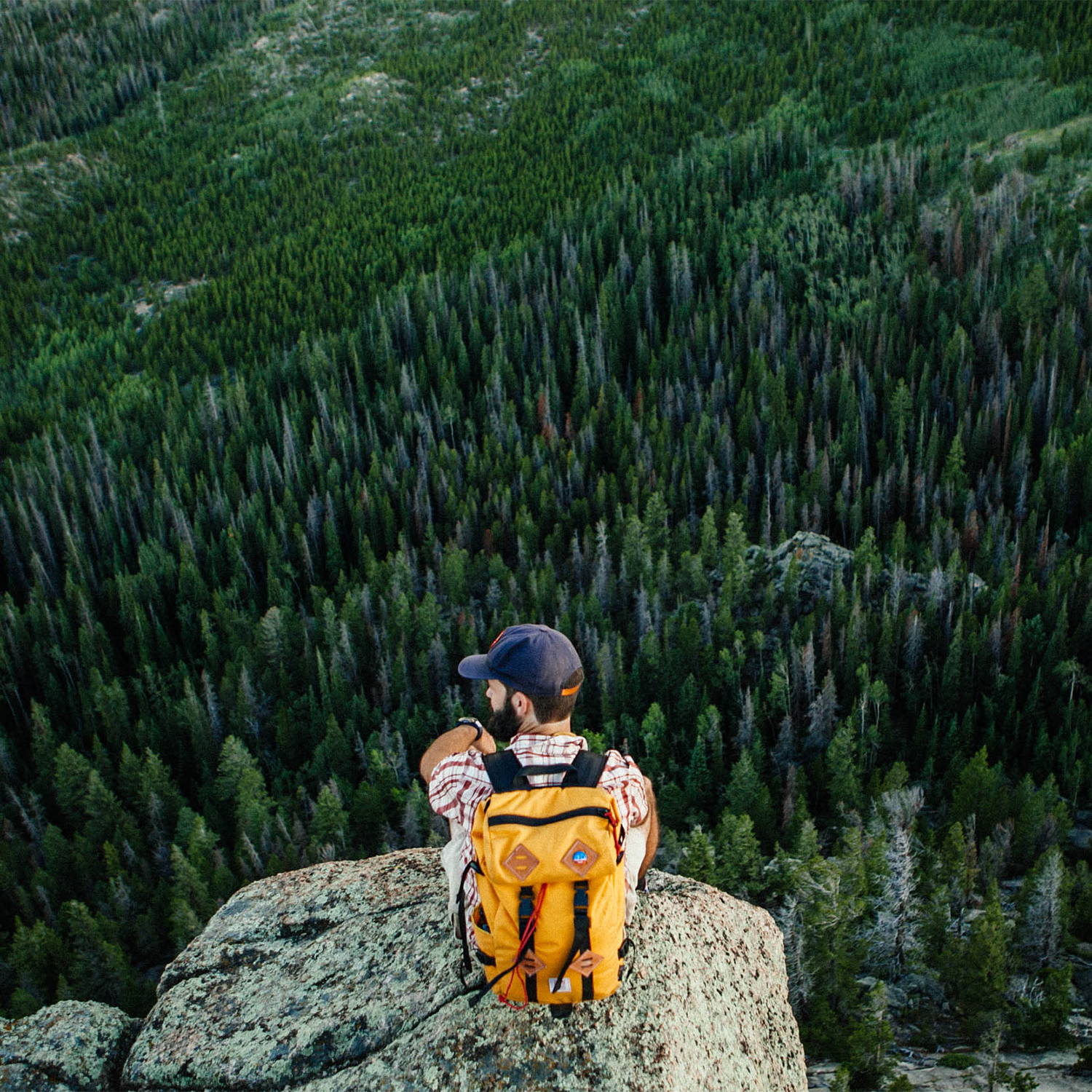 Made For Anywhere On Your Map.

At Topo Designs, we’re rooted in mountain culture and outdoor living, but love exploring cities and world travel. We look to proven classics for inspiration, yet take advantage of innovative technologies to ensure a timeless look with modern functionality. We are uncomplicated and utilitarian, but with a sense of design and style through simplicity. Our goal is to not have to choose a single path—we want to live on both sides of the fence, where life is always greener. Growing up in the west, Jedd Rose and Mark Hansen had always been interested in not only spending time outside, but also in the gear needed to get out. They found themselves wishing there was a company offering a lineup a bit more like the gear they grew up using—classic styling, functionality, durability and a clear connection with the brand behind the product. So in 2008, Jedd bought a sewing machine and began concepting, designing, and sewing packs in his Fort Collins basement, while Mark set out around Denver and the front range looking for resources and partners needed to build those designs. They were lucky enough to find local Colorado folks that were just getting started like them and were willing to build companies together, and worked with them to produce Topo Designs’ initial offering of products, continuing to work with them to this day.

Today, we’re still in the mode of making things we want to use as individuals and connecting with our customers as a brand. We want to produce the most durable, versatile, beautiful products that can be used around town, out on the trail and traveling the globe. We know nothing is more frustrating than being let down by your own gear, so that motivates us to make things that last. Simple, classic, well-designed products that are inspired by who we are and where we live. 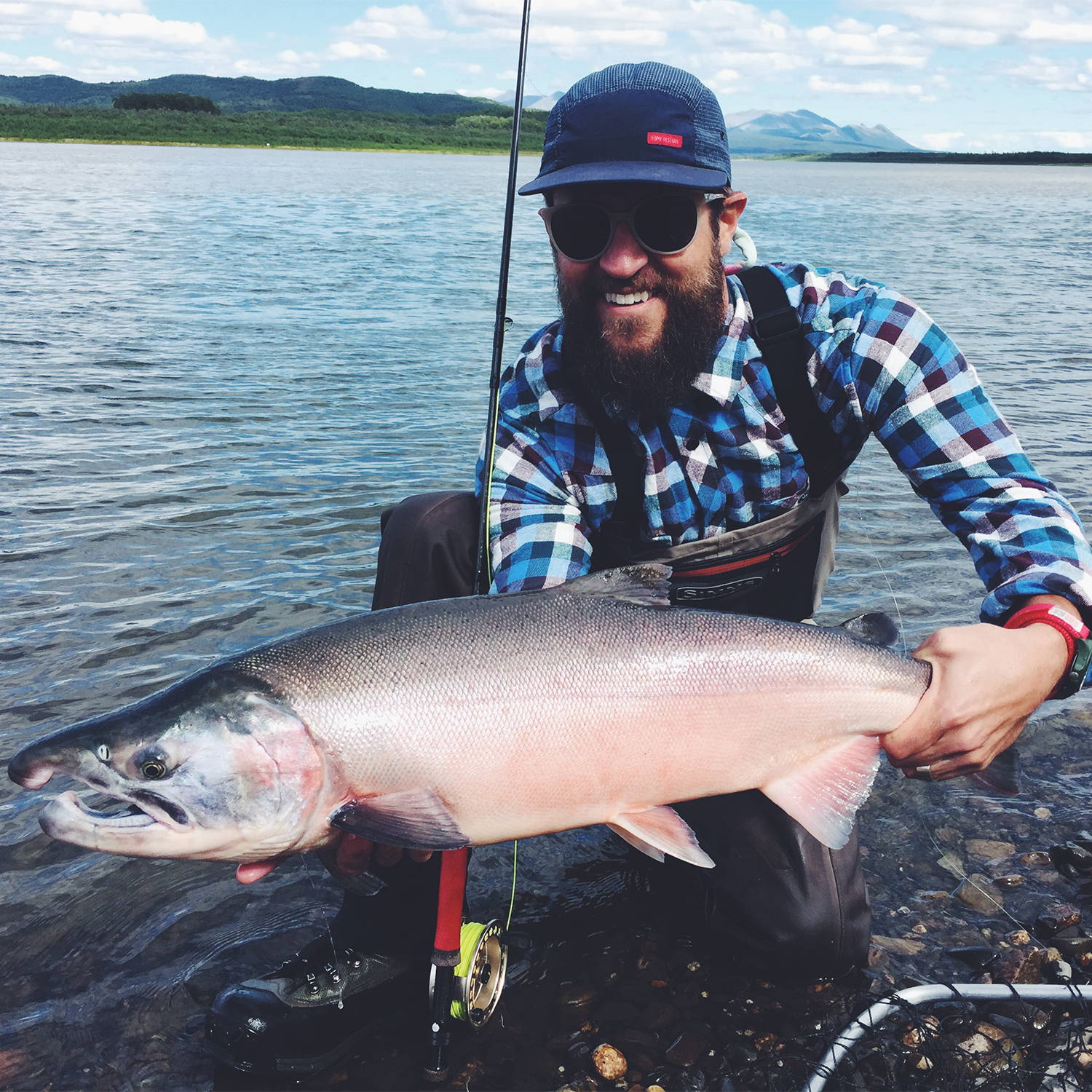 Growing up in Wyoming, Jedd spent a ton of time outside as a child. Fishing, camping, hunting—he was always outside doing something. And, oddly enough for a kid growing up in such a rural place, he had always been interested in fashion, design and gear in general. His love for the outdoors, plus his interest in products and design ultimately led him to starting Topo Designs in 2008 with his former colleague, Mark.

With a degree in Sculpture and Printmaking under his belt, Jedd spent over a decade in the the graphic design and branding world—working everywhere from print studios to motion graphics and video animation firms. 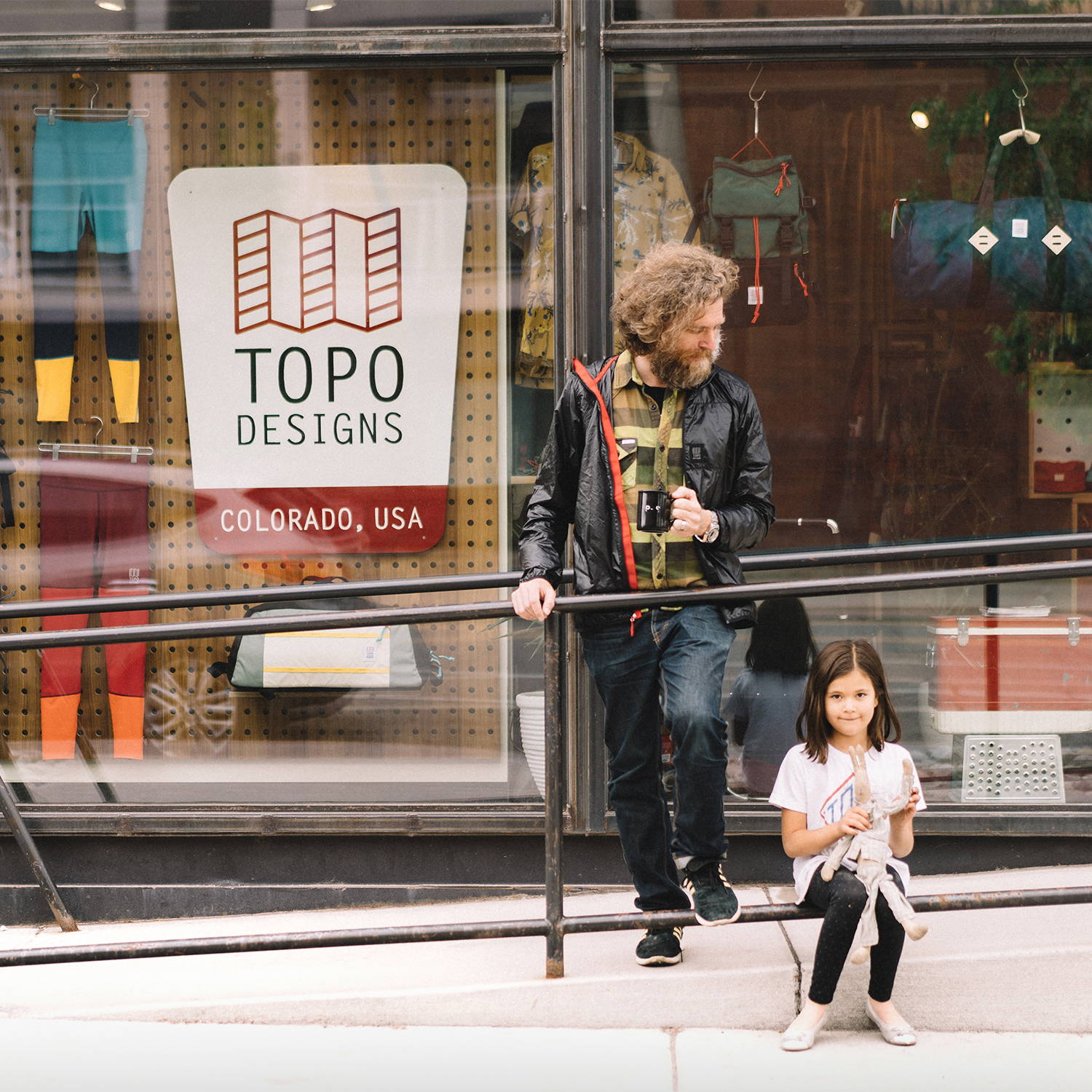 With a childhood spent growing up in Pennsylvania, California and ultimately Colorado, Mark has always been drawn to spending time outdoors. From zipping through Denver streets on his single speed, to bombing down ski slopes after his daughter, Mark is determined to wring out every drop of life out of any situation.

Prior to starting Topo Designs with Jedd full-time in 2008, Mark's background ranges from teaching middle school, doing field biology work in Northern California and Oregon, to loading ice cream trucks and software design (not bad for an English Lit major). 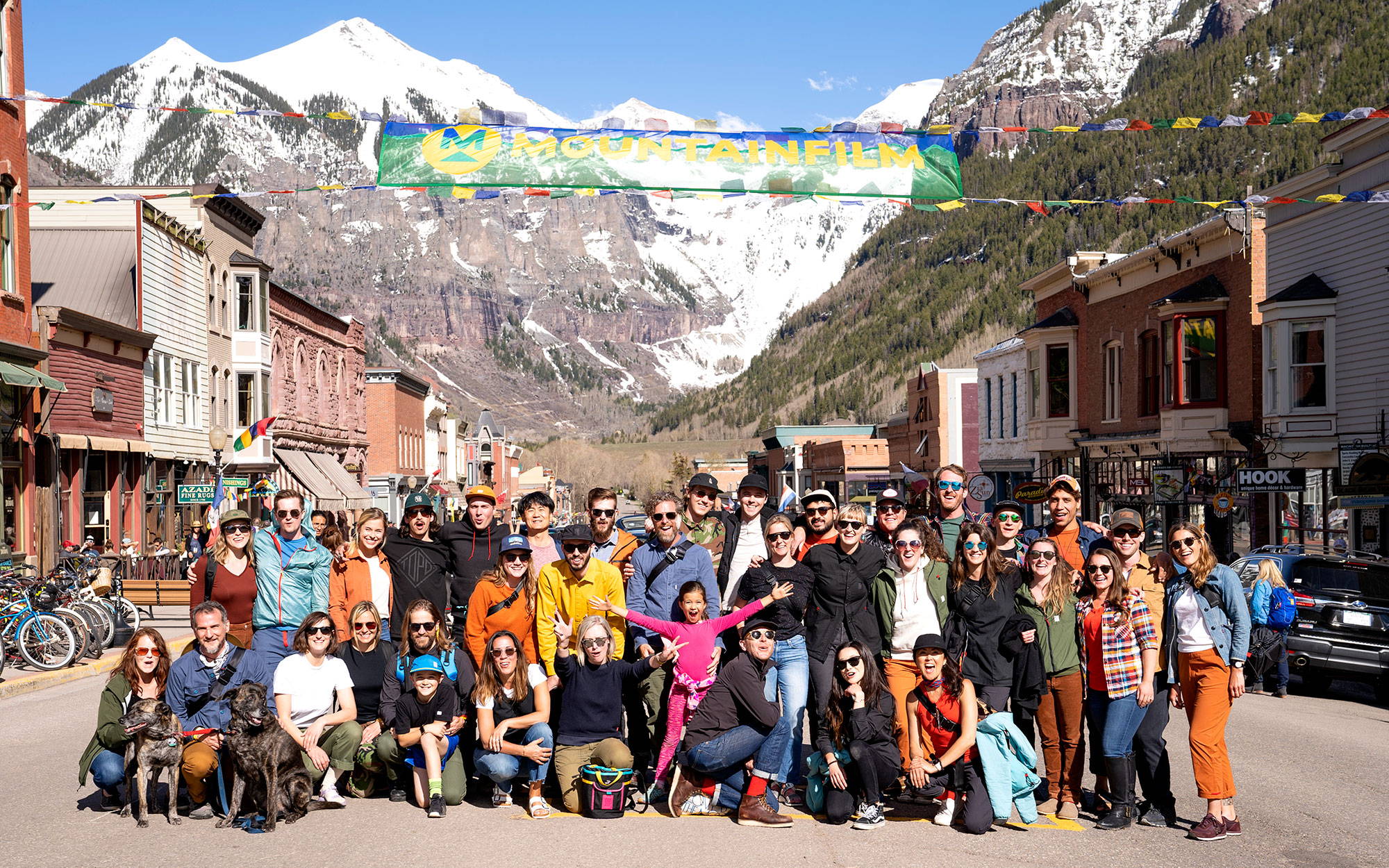